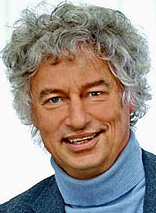 In his thesis he introduced a general theory on sound source localization. Based on this, he proposed the diffuse field equalization for dummy heads and headphones, which has become ITU-R-Rec. BS. 708 for studio monitor headphones, and he proposed the sphere stereo microphone, the room related balancing technique, the IRT-Cross atmo microphone as well as the OCT Surround main microphone system. He was engaged in investigations on dynamic range control, in activities on international harmonization of practical parameters for program exchange and in the development of binaural and wave field synthesis (WFS) systems. Results are the binaural room synthesis (BRS) technology as well as the conception of the virtual panning spot (VPS) techniques in WFS applications. His current activities are concentrating on binaural virtual reality systems and on 3D surround sound developments.

In 1984 he invented the masking threshold based perceptual coding method and started the development of the MUSICAM technology, which is now ISO/IEC Standard for broadcast systems (MPEG 1 Audio Layer II, known as mp2). He contributed significantly to the development of the multichannel source codec MPEG 2 Audio Layer II. Under his chairmanship Task Group ITU-R TG 10-1 has produced Recommendation BS. 775 ("Multichannel Stereophonic Sound System"), known as 5.1 surround standard.

In his fields of work Dr. Theile has published about 160 papers, and he has been granted more than 10 international patents. In 1992 he received the Lothar-Cremer-Medal for his basic work on perceptual source coding. He has received the AES Fellowship and AES Board of Govenors Awards. He was Chairman of the 102nd AES Convention in Munich and of the AES 19th Conference on Surround Sound, June 2001. He has chaired ITU-R Working Party 10C in the period 1997-1998. He was serving as Chairman of the AES South German Section, as Vice-Chairman of the AES Technical Committee on Multichannel and Binaural Audio Technologies, as Chairman of the VDT specialist group "Research & Development" and "Surround Sound Forum". Currently he is member of the VDT Executive Board and chairing the Program Committee of the Tonmeistertagung and other VDT activities such as the International Conference on Spatial Audio (ICSA).