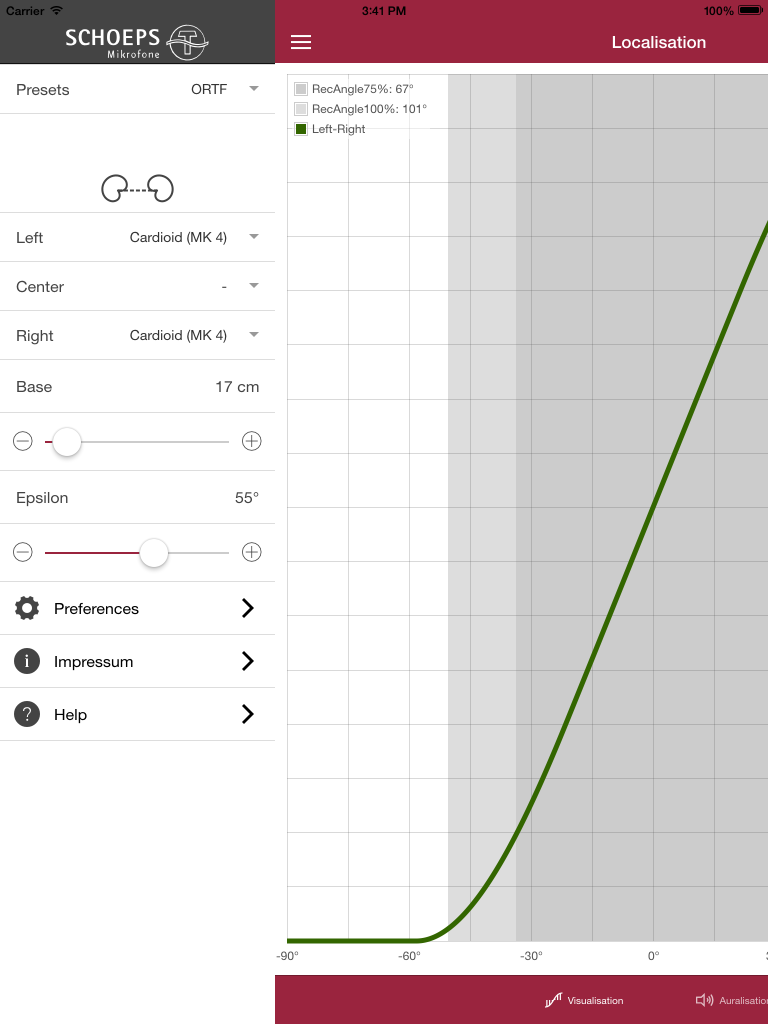 The brandnew app "SCHOEPS Image Assistant v3" is available as a browser version and in the Apple app store.

The Image Assistant was originally created as a JAVA Applet v2.1 by me in the year 2000. It is a tool to calculate the localisation curve of arbitrary 2- and 3-ch stereophonic microphone arrays. Now with the new 2016 app, even more helpful features are available:

For an introduction into the usage of the app refer to the IMA Help site. The app is created by SCHOEPS together with me (Concept) and Benjamin Weiss (Programming, GUI design).